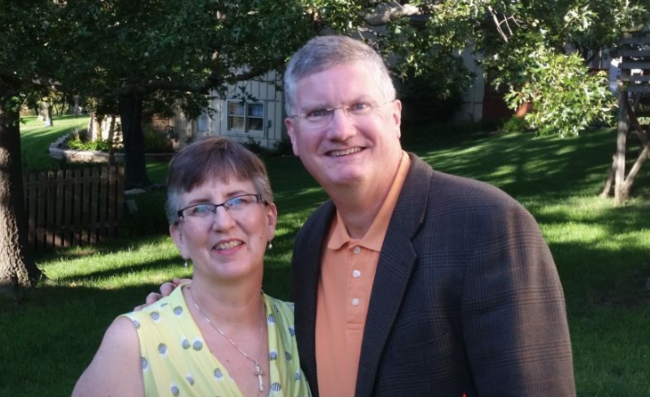 TUESDAY, Sept. 25, 2018 (American Heart Association) -- Alice Hinrichs woke up feeling miserable. She was exhausted, nauseated and her left arm hurt.She thought she was sick, so she called her doctor's office for an appointment. Instead, her doctor urged her to go to a hospital in case her symptoms were warnings for a heart attack. There, she was stunned to learn she had several serious health problems: atrial fibrillation, pulmonary hypertension and an enlarged heart.

"I just thought I was sick," said Hinrichs, a 56-year-old finance manager from Gladstone, Missouri. "Even when they told me my heart was out of rhythm, I couldn't sense any difference."Her early diagnosis of atrial fibrillation, or AFib, was crucial. Left untreated, the condition marked by an irregular heartbeat increases the risk for stroke by five times. But early detection and treatment can help prevent stroke, said Dr. Patrick T. Ellinor, a cardiologist and director for the Cardiac Arrhythmia Service at Massachusetts General Hospital."Unfortunately, some people show up with a stroke and that is when AFib is detected," Ellinor said.AFib affects more than 2.7 million Americans. It occurs when the upper chambers of the heart beat irregularly, preventing it from efficiently moving blood to the lower chambers.As for Hinrichs, she was greatly relieved to have her condition detected. She had noticed she got tired more easily in recent years."I just figured it was because I didn't work out regularly," she said.While the most common symptom for AFib is a quivering or fluttering heartbeat, some people have no symptoms. Other symptoms include fatigue, heart palpitations, shortness of breath, dizziness and sweating.Risk factors for AFib include high blood pressure, underlying heart disease, family history and binge drinking. Athletes and those with chronic conditions such as thyroid problems, diabetes, or asthma may also have increased risk. The risk of developing AFib increases with age -- affecting about 9 percent of people over age 65. People over 70 are more likely to not have symptoms, Ellinor said.Working to avoid a stroke is important to Hinrichs -- especially considering her husband survived one in 2014.While trying to relocate to the couch to escape his wife's snoring in July 2014, Kurt Hinrichs noticed he couldn't move his right arm and hand. He collapsed as he tried to walk, waking Alice. She called 911 and Kurt was rushed to a nearby stroke center, where he was given clot-busting medication and underwent a procedure to remove the clot.Within 36 hours of his stroke, Kurt had made almost a full recovery. Today, he exercises regularly and tries to maintain a healthy diet and weight to reduce his risk for another stroke. Doctors initially suspected AFib may have triggered his stroke, although an implanted heart monitor has never detected the condition.AFib treatment is typically medication but may include medical procedures to stop the electric signals causing an irregular heart rhythm.Alice Hinrichs underwent a procedure to close an appendage in her left atrium to reduce the risk of clots, in an effort to reduce her need for blood thinners. She takes medication to keep her heart from racing and reduce water retention, and she's working with specialists to treat her other conditions.Hinrichs made changes to her diet to focus on heart health and is trying to work more exercise into her routine."I realize now how important it is to be aware of my body and take care of myself," she said. "We're taking things one day at a time and working with doctors to see what's next. This is a lifelong condition, so I know I need to be monitoring what's going on and follow up if anything changes."Copyright is owned or held by the American Heart Association, Inc., and all rights are reserved.

Thanks for the hug. Now, after seeing the cardiologist and agreeing to have the Right Heart Catheterization done on 7 August, she's saying she doesn't… read more

posted over 1 year ago

What Is Risk Assessment for Pulmonary Arterial Hypertension?

What Is Risk Assessment for Pulmonary Arterial Hypertension?

Risk assessment for pulmonary arterial hypertension (PAH) is based on your personal health...

Risk assessment for pulmonary arterial hypertension (PAH) is based on your personal health...
read article >

Three Books About Pulmonary Hypertension You Should Read

Thousands of members of myPHteam connect with one another and read each other's stories to gain...

Three Books About Pulmonary Hypertension You Should Read

Thousands of members of myPHteam connect with one another and read each other's stories to gain...
read article >

PAH vs. PH: What's the Difference?

PAH vs. PH: What's the Difference?

Telemedicine is the use of two-way communication technology to provide health care.More people...

Telemedicine is the use of two-way communication technology to provide health care.More people...
read article >

COVID-19 can be particularly deadly for people with pulmonary hypertension (PH) or pulmonary...

COVID-19 can be particularly deadly for people with pulmonary hypertension (PH) or pulmonary...
read article >

Pulmonary hypertension causes a decrease of blood flow to the heart and increased pressure in...

Pulmonary hypertension causes a decrease of blood flow to the heart and increased pressure in...
read article >

I’ve come to a place of appreciation with pulmonary arterial hypertension, commonly referred to...

I’ve come to a place of appreciation with pulmonary arterial hypertension, commonly referred to...
read article >

What Is Pulmonary Arterial Hypertension (PAH)?

What Is Pulmonary Arterial Hypertension (PAH)?

close
ABOUT PH TYPES DIAGNOSIS CAUSES SYMPTOMS TREATMENTS RESOURCES
New to myPHteam? Learn More
Quick Links
Q+A Treatments A-Z Resources Are you a provider? Crisis
About Us
What is myPHteam? Partner with us Terms of service Press/News Privacy policy Cookie policy
Help With This Site
Getting started FAQ Community guidelines Contact us